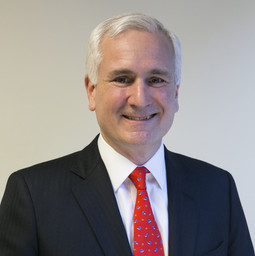 Seth Lederman is a physician, scientist and founder and executive officer of innovative biopharmaceuticals companies. Prior to founding Tonix, among the companies Dr. Lederman founded was Targent Pharmaceuticals, which developed late-stage oncology drugs, including pure-isomer levofolinic acid (levoleucovorin). Targent’s assets were sold to Spectrum Pharmaceuticals, which marketed levoleucovorin as Fusilev® for advanced colorectal cancer, where it gained significant market acceptance.

Dr. Lederman served as an Associate Professor at Columbia University from 1996 until April 13, 2017. He joined the faculty of Columbia University's College of Physicians and Surgeons in 1985, became Assistant Professor of Medicine in 1988, and Associate Professor with tenure in 1996 and Director of the Laboratory of Molecular Immunology in 1997. From 1988 to 2002, Dr. Lederman directed basic science research at Columbia in molecular immunology, infectious diseases and the development of therapeutics for autoimmune diseases. Dr. Lederman is author of numerous scientific articles, and inventor of technologies recognized by a number of issued patents. His fundamental work on the CD40-Ligand (CD154) elucidated the molecular basis of T cell helper function and has led to the development of therapeutic candidates for autoimmune diseases and organ transplant rejection in collaboration with Biogen and UCB. The successful defense of his CD154 patents has led to important precedents in defining the relationship of therapeutics and molecular targets. In collaboration with Prof. David Baltimore (then at Rockefeller University and later MIT), Dr. Lederman identified and functionally characterized the CD40 signaling molecule, TRAF-3. His early work on HIV contributed to the understanding of how the V3 loop of HIV gp120 was involved in fusion with CD4 cell membranes, an early and essential event in viral entry and infection. In addition to his research, Dr. Lederman served as attending physician in the Edward Daniels Arthritis and Autoimmunity Clinic on the Medical Service at Columbia Presbyterian Hospital from 1988-1996.

Dr. Lederman represented U.S. Biotechnology at a Beijing Summit in September 2015 with China’s President Xi Jinping. The Summit was organized by the U.S. Chamber of Commerce and involved a delegation of U.S. CEOs, former U.S. Cabinet officials and leading academic experts. 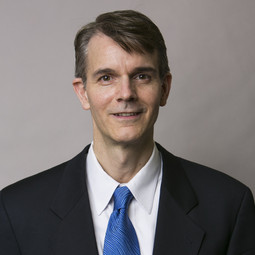 Dr. Sullivan is a physician and scientist. Dr. Sullivan joined Tonix Pharmaceuticals from Columbia University (CU), where he was most recently an Assistant Professor of Psychiatry in the Department of Psychiatry at Columbia University Medical Center, a Research Scientist at the New York State Psychiatric Institute (NYSPI) and as a practicing psychiatrist. His areas of expertise include the diagnosis, treatment and neurobiology of anxiety and mood disorders, including PTSD. As Principal Investigator and Co-Investigator on several human studies of PTSD, Dr. Sullivan has administered the recruitment, biological assessments, treatment and safety of participants with PTSD in clinical trials of the disorder. He has served as a member of the Institutional Review Board of the NYSPI since 2009. He has published more than 50 articles and chapters on research topics ranging from stress and anxiety disorders to abnormal serotonergic receptor expression in bipolar depression, PTSD and panic disorder. He is a recipient of grants from the National Institute of Mental Health, the Anxiety Disorders Association of America and the American Foundation for Suicide Prevention. Dr. Sullivan graduated from the University of California, Berkeley where he majored in biological sciences. Dr. Sullivan received his medical doctorate from the College of Physicians & Surgeons at Columbia University and completed his residency training in psychiatry at Columbia University Medical Center. After residency, he continued at CU in an NIMH-sponsored Research Training Fellowship in Affective and Anxiety Disorders. As part of fellowship training, he studied with Dr. Joseph LeDoux at New York University, developing translational animal models of anxiety disorders for preclinical testing of novel anxiolytic therapies. In 2010, he was selected by his peers in psychiatry as one of the 2010 Best Doctors in America. 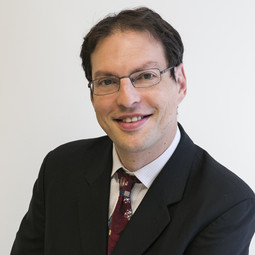 Bradley Saenger joined Tonix in May 2014, as Director of Accounting (May 2014 – December 2015) and was promoted to VP of Accounting (January 2016 – February 2016) and to Chief Financial Officer (February 2016). Mr. Saenger has more than 10 years’ experience in large publicly-traded companies and an additional 10 years’ experience in public accounting. Between June 2013 and March 2014, Mr. Saenger worked for Shire Pharmaceuticals as a consultant in the financial analyst research and development group. Between February 2013 and May 2013, Mr. Saenger worked for Stewart Health Care System as a financial consultant. Between October 2011 and December 2012, Mr. Saenger was an Associate Director of Accounting at Vertex Pharmaceuticals, Inc. Between January 2005 and September 2011, Mr. Saenger worked for Alere Inc., as a Manager of Corporate Accounting and Consolidations (2007 – 2011) and Manager of Financial Reporting (2005 – 2006). Mr. Saenger also worked for PricewaterhouseCoopers LLP, Shifren Hirsowitz, public accountants and auditors in Johannesburg, South Africa, Investec Bank in Johannesburg, South Africa and Norman Sifris and Company, public accountants and auditors in Johannesburg, South Africa. 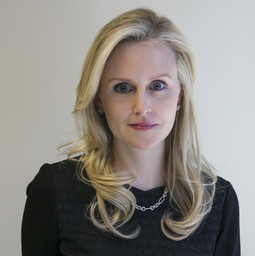 Jessica Edgar Morris joined Tonix Pharmaceuticals in September 2013 and currently serves as the Chief Operating Officer. Ms. Morris has over 15 years of experience in finance and investing, at both private and publicly-traded companies. She was previously a Vice President at Zhong Rong Group, a family office in NYC, where she oversaw the firm's investment strategy and asset allocations. Prior to Zhong Rong Group, Ms. Morris worked at American Capital, formerly a publicly-traded private equity firm and global asset manager, where she sourced and underwrote investments in companies across a range of industries including healthcare. She also worked in an investment capacity at Calvert Street Capital Partners, a private equity firm in Baltimore, MD, as well as Silicon Valley Bank, a senior debt lender to technology and life science companies. Ms. Morris began her career at Deutsche Bank as an investment banking financial analyst. Ms. Morris received a B.S. in Commerce and B.A in Music from the University of Virginia, where she was an Echols Scholar. Ms. Morris is also a classically trained violinist.

Dr. Harris earned his M.D. and Ph.D. degrees from the University of Pittsburgh. Dr. Harris’ Ph.D. work in immunology involved the regulation of cell surface expression and turnover of Class I MHC antigens, which are the targets of CD8 T cells. Class I MHC proteins play a crucial role in directing T cell-mediated immune responses in transplantation and antiviral immunity. The regulation of these proteins by cytokines was a central focus of this work. Dr. Harris completed residency training in psychiatry at Yale University. He performed postdoctoral research on the neurobiology of addiction in the laboratory of Dr. Eric Nestler, M.D., Ph.D. After the completion of clinical training, Dr. Harris served as Senior Staff Fellow at the National Institute on Aging, a division of the NIH, where his research focused on the mechanisms of programmed cell death in neurons. He subsequently served as Chief of the Geriatric Psychopharmacology Program and Chief of the Adult Psychopathology Branch at the National Institute of Mental Health. He also served as scientific liaison to the Neuropharmacology Division of the U.S. Food and Drug Administration. Dr. Harris subsequently joined industry and has devoted more than two decades to drug discovery and development at companies that include Merck, Cephalon, GlaxoSmithKline, and Jazz Pharmaceuticals. In addition, he has served as Tonix’s Chief Medical Officer from 2009 to 2011 and for other early-stage companies that include Vela Pharmaceuticals, Validus Pharmaceuticals. Dr. Harris served on the Scientific Advisory Board of Tonix for approximately 10 years until his appointment as Tonix’s Executive Vice President, Translational Medicine.